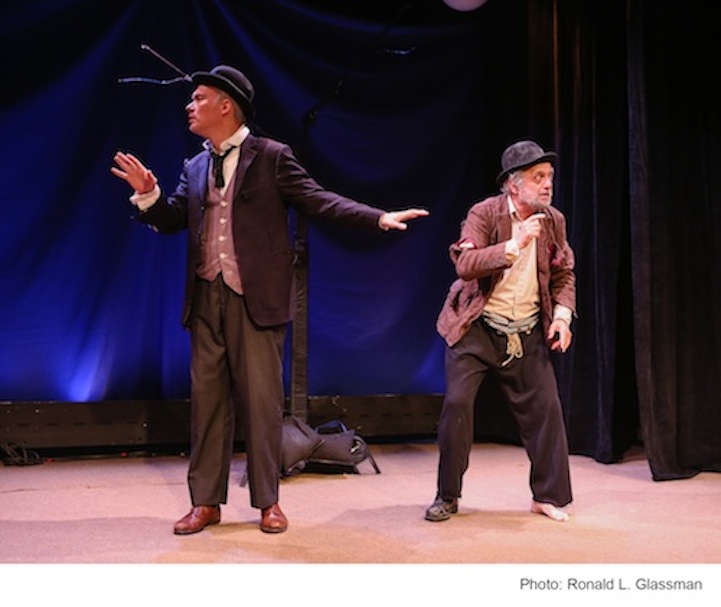 Now that I, along with the rest of the world am on lock down, it seems a perfect time for me and the other members of The New Yiddish Rep to get serious about blogging.  so here goes my first attempt.

My husband David Mandelbaum, the force behind The New Yiddish Rep just moments ago asked me to set up my username and password for this site.

” So what do you want your username to be?”  He asked.

Me: “I don’t know… how about Assimilated Amy”.

He sort of grimaced at my answer, “you really want to go with that”?

Me: “You don’t like it?  I mean, I’m pretty much the only member of our troupe to come from an assimilated background.  So whether  I like it or not, my posts are going to be colored by that perspective, right”?

”Okay, we can always change it down the line,” David said, as he typed Assimilated Amy on the computer.

Yes, folks,  I was spawned from a mother and father who wanted nothing to do with Judaism. They were, to put it bluntly, self hating Jews. Being raised by them I dutifully took up their mantel and throughout my youth, I was completely disinterested in anything that had to do with Jewishness. And then I met David. All of a sudden, I was thrown into a world of  “all Jewish, all the time”.  David came from an orthodox family and even though he did not practice, every fiber of his being had been influenced by his mishpoche unassimilated, religious background.

Since  meetings David, I have wrestled with a deep desire to embrace my heritage and an equally strong desire to run screaming away from it. I have a lot more to say on this subject. I am even attempting to write a solo show about this push and pull identity issue, which of course, if I ever finish it, will be performed at NYR.

I am sure that, going forward my blogs will be informed by this internal struggle, whether I want them to or not.

Excuse me for the short post but I must return to my  television set now. Trump and his minions are about to spew out falsehoods on the progress their making in the fight against Covid19 and I don’t want to miss a minute.